By Allison Pearson Business editor, BBC News In 2010 an epidemic of violence against children was sparked by a Department of Health report. A Freedom of Information request by the BBC investigation into what… 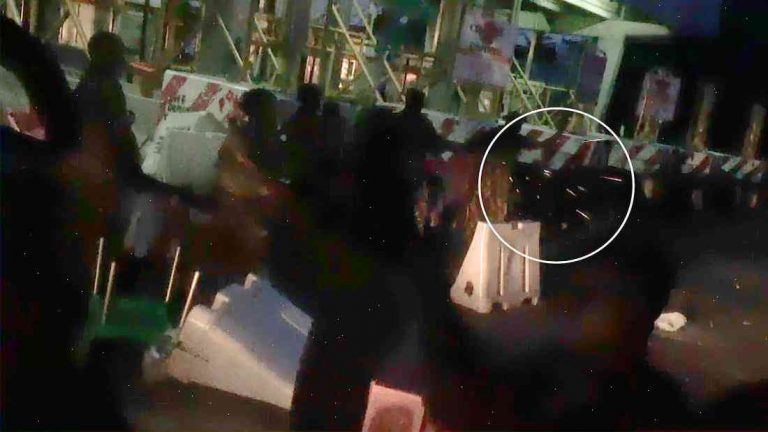 In 2010 an epidemic of violence against children was sparked by a Department of Health report. A Freedom of Information request by the BBC investigation into what happens in our hospitals got the scoop of the year. The HHS Monitor found excessive use of force by police resulting in excessive use of force by officers. The report caused enormous public anger in Nottingham and other places. The subsequent Ministry of Justice report triggered an investigation into treatment in this country and forced the government to announce a review. Following three years of investigation, the BBC’s Business Editor, Allison Pearson, has uncovered a secret war that goes on at major hospitals every day. “I think it is possible to embed a dangerous ideology in hospitals,” Ms Pearson said. “Because this is the ideal time to insert it.” Hospital executives have an uneasy relationship with the politicians Allison Pearson’s report reveals exactly how that ideology works. It is a war that begins with the development of political mottos and figures that allow anyone to assert expertise on these matters, no matter what their expertise or their conflict of interest. So, in 2009, the Plymouth District Hospital of the Devon Healthcare Group adopted the view that every patient who needed an operation or transfusion should have his or her value assessed. But under the rubric of ‘value assessment’, the Chief Executive, Neil Baldock, who also headed its Fitness to Practise committee, was invited to serve on the Advisory Panel of the nation’s most important price comparison agency, mysupermarket.com. Two years later mysupermarket.com was bought by AB Group, whose owner David Sainsbury, was a board member of the Department of Health, where he set the government’s agency for price comparison. Mr Sainsbury has been a board member of the fitness to practise of the Department of Health for four years. On the day of his appointment he was named “CEO of the year” by the National Treatment Agency for Social Insurance. The merger of mysupermarket.com and mysupermarket.co.uk created the UK’s biggest price comparison website and Mr Sainsbury is its biggest shareholder. Yet Mr Sainsbury is also the chairman of HealthSpy, which recommends that patients use superstore’s loyalty scheme to compare prices with the cheapest stores. Of course, the big supermarket chains are not engaged in war with our NHS. Instead, as Ms Pearson explains, their aim is to maximise their profits, to the detriment of patients and to the detriment of their own stocks. Andrew Howard, the Editor of Which?, has some sympathy for the problems of administrators. “I would hope that a government, whatever the coalition have done, at a bare minimum, will do more to identify who they are and put in place appropriate checks and balances so that it’s clearly about more than just the sale of the business.” The changes have been required before, the National Audit Office found. If the government does need to intervene, they should look at making hospital managers involved in any reviews and in relation to independent reputations, lay members of the boards of Trusts should have veto power in the design of any website, as well as operating the website, which is the busiest in the NHS. When the BBC first asked the hospitals to be part of the secret war, they refused. There was a storm. Then they caved in. The Ministry of Justice has set up its own review of anti-brutality tactics. “The government has agreed to a review of anti-violence prevention, because of its thoroughness,” a government spokesperson said. So will our TV cameras be back in your hospital next week?

StumbleUpon What are these? E-mail this to a friend Printable version

Two daughters of child who had life-threatening heart problem