Sixteen local residents, including a nurse, a nurse practitioner and two doctors, were arrested Friday on suspicion of treating anti-junta groups in Myanmar, according to a statement from the nurse practitioner. The local citizens… 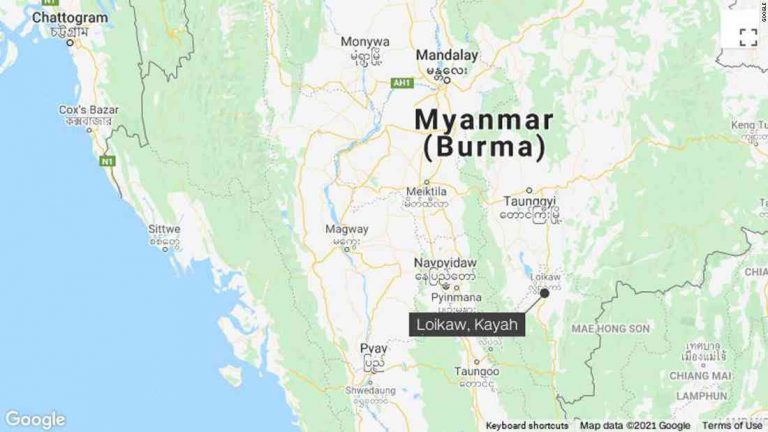 Sixteen local residents, including a nurse, a nurse practitioner and two doctors, were arrested Friday on suspicion of treating anti-junta groups in Myanmar, according to a statement from the nurse practitioner.

The local citizens alleged that the arresting officers had colluded with police officers from the ruling junta and their local committees.

“The arrest has triggered a severe upsurge in protests among us citizens from the neighborhoods of Kachin State and Naypyitaw city. It has become a turning point in the battle between the respective communities in the region,” said a resident representative at the lawyer’s office.

The nurse practitioner was arrested Friday with a second nurse practitioner in town, Rong Mai. She is married to a doctor from the national parliament. Her husband is also a member of Parliament and has been seen with President Thein Sein.

According to the nurse practitioner’s family members, a local member of the NLD, Myanmar’s main opposition party, and other local people called the police accusing the people of allegedly treating members of ethnic anti-junta groups and then helping them evade arrest by allowing them to use mobile phones.

The nurse practitioner and two doctors were released on bail following a protest by 15,000 people in Kayah township on Monday. Police alleged they were members of the group.

Police Chief Rodway Chaung said in a statement that the nurse practitioner “never had an agreement with the police officers.”

Police in Kachin State and Naypyitaw city could not be reached for comment.

In the same development, local villagers in the same area said police who came to arrest another nurse practitioner allegedly beat her and her companion to death on Thursday night.

The human rights groups Committee for the Release of Journalists and the Assistance Association for Political Prisoners said the nurse practitioner is expected to be charged with “endangering the public.”

The Hla Maung Hla house in another town had for many years been the location for meetings of anti-junta members and other political organizations.

The lawyer’s office has also been unable to contact Hla Maung Hla.

Special force soldiers arrested a nurse practitioner in the northern town of Ikweyo in October 2017 for allegedly treating an armed ethnic insurgent leader and his family members who were under the custody of Myanmar military authorities. The nurse practitioner has been held in jail since then.

Previously, nurses had allegedly been arrested and imprisoned for over two years by the military, which takes over healthcare provision during emergencies at gunpoint, according to a local activist who works with women and children and asked not to be named for fear of arrest and intimidation.

“Even the nurses stopped writing referrals to provide services and are forced to treat themselves,” said the activist.

Military officials were also at the scene.

“The nurse practitioner reported the torture while he was inside the police cells,” the activist said.

Under an amnesty granted last month by the government, those arrested in detention facilities were released on bail.

More than 12,000 people, including more than 1,000 alleged militants, have been released on bail since the amnesty, according to the Myanmar government.

…There are some disturbing signs at the latest assault on civilians in Myanmar by the Burmese army on villages and bars along the border by Karen rebels. Click here to read more on my blog

The Myanmar government has denied that there have been attacks on civilians. It has also provided few details on the alleged abuses and refused to even say how many Burmese soldiers were killed.