By Lawrie Holmes Turkish-Turk gebr/Gebrtun Çetrehan/ Çağbağaın/SAPO The Norwegian Broadcasting Corporation (NRK) has criticised the treatment of their journalists in Qatar. The group of journalists were detained and stripped of their equipment and visas… 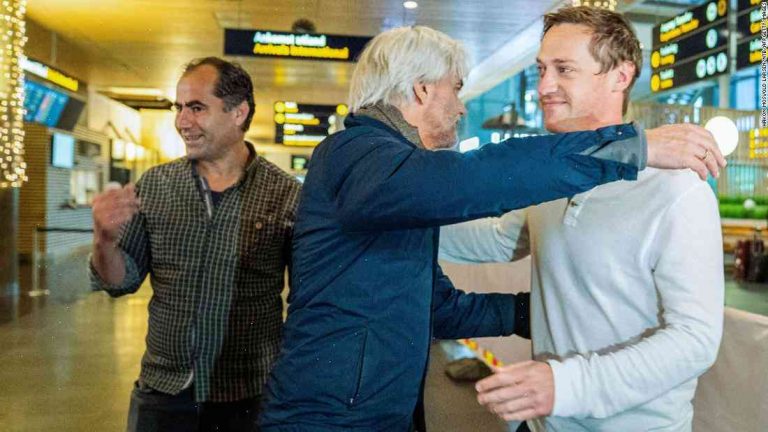 The Norwegian Broadcasting Corporation (NRK) has criticised the treatment of their journalists in Qatar.

The group of journalists were detained and stripped of their equipment and visas after filming a beachside documentary on the exploitation of migrant workers in Qatar.

However, the tournament organisers Qatar 2022, which is heading up preparations for the tournament, say the journalists were not aware of the status of Qatar as a labour-sending country and thus trespassed.

The BBC’s Lawrie Holmes and colleagues were filming an NRK feature entitled: “Nobody lives on working visas” when they were questioned by airport police and local men before being told to leave.

Qatar is the world’s biggest exporter of liquefied natural gas and is widely regarded as having one of the worst working conditions for migrant workers in the world.

Nearly 95% of the workers in the project area of the state are foreign and work on infrastructure projects.

A Twitter feed run by the website of the International Trade Union Confederation (ITUC) quotes reports of workers digging foundations for the stadiums being asked to sleep in tents covered with little to no sleeping bags.

As Mr Holmes’ film surfaced on social media, the ITUC issued a statement claiming it is evidence of “the worst abuses of work standards by any host country”.

NRK said in a statement: “The group was in Qatar to witness first-hand the reality of construction and exploitation of workers, so that all Norwegian workers can have a safe and decent day’s work.

“Last night, two of our journalists were detained by authorities and forced to hand over their cameras and memory cards, even though they were not carrying work visas.”

On its website, Qatar 2022 states: “We have nothing against the NRK’s journalism in general, but we insist that journalists cover our organisation in a responsible manner.”

The spokesman went on to tell BBC News: “At no point did they ask us for documentation nor did they indicate that they were journalists.

“There’s a [newspaper] column here by Richard Brennan, the Guardian’s diplomatic editor, who runs our website, who was duly allowed in the country to cover the project area, but the two Norwegian journalists were not.

“We encourage everyone to inform themselves of their country’s laws in order to decide for themselves how they feel about this subject.

“As for the matter of whether it was necessary to detain them, this was a purely administrative issue rather than a matter of either law enforcement or security.

“They were detained because the Qatari border guard went to investigate their work. Without saying where he was going, he told the Iraqi cameraman that he was going to detain the whole crew.

“When he arrived back at the hotel, that’s when we started to feel that there had been a major misunderstanding.

“His timing was great and when the next hotel returned their guests, they decided to give the journalists back their cameras and their memory cards and move on.

“We ask everyone to read through the full statement to understand exactly what happened.

“We hope the Norwegian media follow up on this and to raise the question again.”

Lawrie Holmes and colleagues said in the NRK statement: “We respect the sovereignty of the country we were in, but we are disappointed with the way we were treated.

“We asked politely and many times over, for security and search papers, but they never gave us any.

“We were told we could leave only when we left the media.

“At the same time, a Turkish taxi driver came to our aid by offering to drive us out of the country in the clothes we were wearing.”

The Qatari Foreign Ministry issued a statement earlier on Monday, stating that the journalists had “invaded” a working zone without proper permission.

The foreign ministry added: “As a citizen, the minister (Khalid bin Mohammed Al Attiyah) encourages the media to work within the laws in a country.”