Ethiopia’s leader, Abiy Ahmed, said he was heading to the front lines in the ongoing battle against Somalia’s Al-Shabaab militant group, amid reports of serious casualties on both sides. In a speech at the… 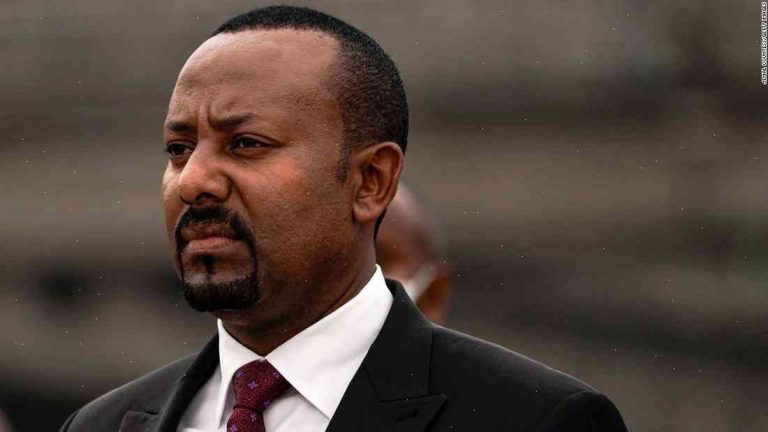 Ethiopia’s leader, Abiy Ahmed, said he was heading to the front lines in the ongoing battle against Somalia’s Al-Shabaab militant group, amid reports of serious casualties on both sides.

In a speech at the three-day Isiolo regional council meeting in northern Kenya, Abiy said he would visit a “heavily deployed military base, [and] will be evaluated and assessed by my commanders”.

Ethiopia’s military are locked in a bloody guerrilla war with Al-Shabaab militants who control large swaths of southern Somalia and remain one of the deadliest Islamic extremist groups in the world.

With the border between Ethiopia and Somalia hotly contested and Ethiopian forces and Al-Shabaab fighting each other, Ethiopia’s president, Isaias Afwerki, visited Mogadishu in the Somali capital’s biggest military deployment in years.

In 2015, Afwerki pledged to send troops to Somalia to fight Al-Shabaab but never took them there because of political squabbles within the country. Ethiopia is one of only two countries in the world to have invaded Somalia, and the only one with troops still there.

It was unclear how Abiy’s comments to the Isiolo council reflected what he would be facing in Somalia. Ethiopia recently asked the United Nations to send observers into the country to help monitor a cease-fire in the regions of Juba and Bakool that border Kenya.

Separately, one of Ethiopia’s biggest champions of sports – who went on to become Africa’s highest-paid athlete, track and field Olympic champion Kenenisa Bekele – was reportedly fighting with Al-Shabaab.

Al-Shabaab has targeted athletes and coaches since competing in the 2008 Olympics in Beijing, but Abiy’s comments appeared to be the first acknowledgement that Ethiopians serving with the militants were in serious danger.

A spokesman for Ethiopia’s prime minister’s office told the Associated Press that the sports minister had ordered his staff to provide official confirmation and details of Abiy’s activities in Somalia, but it was not yet available.

At the Isiolo meeting, Abiy also called for a “memorandum of understanding” between the countries, saying that “all trade between us will be based on a reciprocal basis”.

The Ethiopian and Somali flags hung side by side on a press room wall, and Ethiopia’s president, Isaias Afwerki, was seen in the hall standing next to the Somali president, Hassan Ali Khaire. The president told the meeting: “This is a significant moment for Somalia, and I don’t want Somalia to be represented by tourists or politicians. I want all to be Somali – speaking Somali and wearing Somali attire.”

Ethiopia, Kenya and Somalia fought a border war in the late 1980s, during which Abiy’s father, the late Ethiopian leader Meles Zenawi, was in charge of Ethiopia’s army. Abiy later lead the government’s response to a string of kidnappings and attacks by Al-Shabaab militants who sought to spread terror among Ethiopia’s expatriate population.

At the time, Ethiopia was Africa’s biggest military spender, but economic uncertainty prompted Abiy to partially cut spending. However, Ethiopia’s military still has a budget larger than many countries in the continent. Abiy was previously minister of state in the agriculture ministry.

The Kenyan archbishop, Eliud Wabukala, led prayers for both Abiy and the Somali president on Wednesday, saying prayers could help bring peace to the region. “Let’s pray that peace can come. It is a call for all to join,” he said.