Image copyright EPA Image caption The area in Jambura that was hit by the earthquake At least one person has been killed and 10 others injured in an earthquake in Iran. The shallow 6.4… 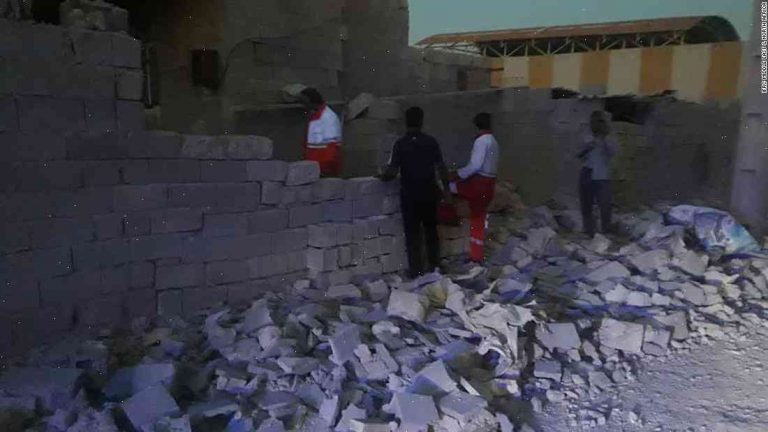 At least one person has been killed and 10 others injured in an earthquake in Iran.

Television stations reported that the quake collapsed walls and cracked buildings, with many residents in the area without electricity or gas.

The earthquake was centred 58km (35 miles) south of Tabriz, the capital of the province of Gilan, the semi-official Mehr news agency reported.

Many people fled their homes to seek shelter in the open.

The official IRNA news agency says 2,500 homes have been destroyed and 6,000 others damaged in the quake.

Iran is no stranger to earthquakes. It is a seismically active region, although there have been few major quakes in recent years.

The last major earthquake to hit Iran was in February 2016, when a 7.4 magnitude quake killed 407 people and injured another 6,000.

Fadi Mohammadi, a resident of Sarpol-e Zahab, told Mehr News that “houses and buildings that have been refurbished and rebuilt over the past decade have been badly damaged”.

He said most homes in the area had not undergone the “required seismic upgrades”.

Experts said the devastation was caused by substandard materials and construction practices.

Tehran University’s Seismological Center said all earthquakes were “inherently fatal” in the region.

Whooping cough in Toronto: How high property prices are impacting on housing