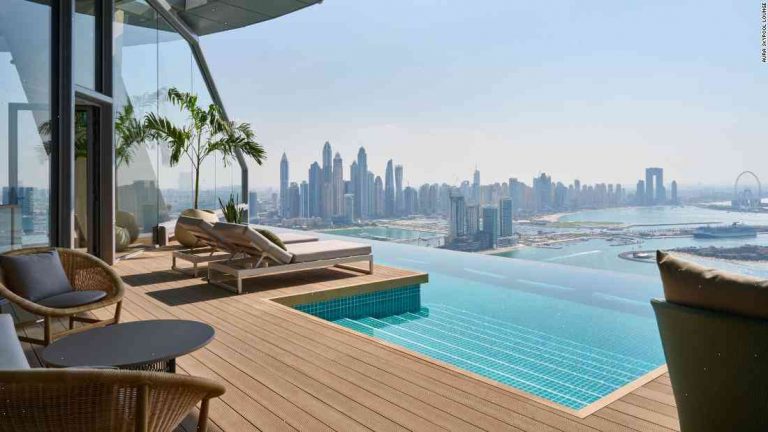 A new Sydney aquarium has opened as the world’s first luxury infinity pool.

The Sea Life Sydney’s newest addition – the LEX360 – accommodates eight people and sits under the second highest point of the aquarium, 2km above the Harbour Bridge.

The space is a cool spot to cool off as temperatures soar in the city, with a high of 33C predicted on Thursday and Friday.

The pool comes as the aquarium celebrates 40 years in Sydney’s Darling Harbour, a short drive from Central Sydney.

Sea Life said the pool was developed to provide patrons with the same views they have at the aquarium, but on an equal, unparalleled level.

The executive director of Sea Life Sydney, Nino Lazzarino, said: “By adding an infinity pool to our aquarium, we are not only trying to maximise our clients’ wildlife encounters but now also extend their experiences. We’re giving everyone the chance to feel as though they’re really part of our aquarium.”

He said the infinity pool would be available for a limited time only.