Ahead of the Raptors’ visit to Sleep Train Arena on Monday, a wave of scepticism crashed on Washington. Not much of it was warranted: NBA observers were quick to note that if the Wizards… 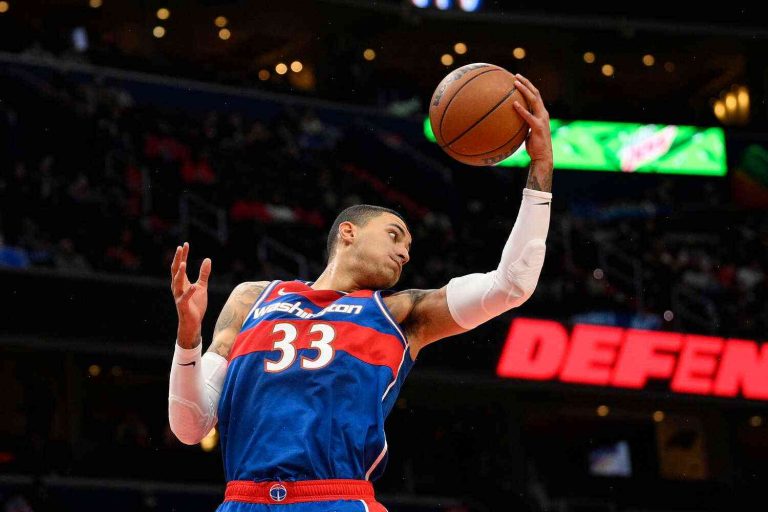 Ahead of the Raptors’ visit to Sleep Train Arena on Monday, a wave of scepticism crashed on Washington. Not much of it was warranted: NBA observers were quick to note that if the Wizards had lost so many games, someone would have asked them to declare that as a business decision.

The Wizards have lost 12 of their past 15 games, leaving them in 11th place in the Eastern Conference; roughly the current height of middling team instability. Granted, they also only play teams in their conference and own an 11-7 record at home, but with two games to go before the all-star break, the mass uncertainty about just how bad this team was started to catch up with the club.

In the wake of Saturday’s loss, which pulled Washington into a tie with the Philadelphia 76ers for eighth place in the East, head coach Scott Brooks started Marcus Morris, Tomas Satoransky and Austin Rivers, all of whom were making their season debuts.

Evidently, the directive that Bradley Beal has been given—the one he himself is unwilling to disavow—is to be the club’s primary scoring option from the start. Those proposals ran counter to the attempt made in the New Year’s Eve thrashing of the Sacramento Kings; that game’s offensive stats came across as underwhelming, with Beal coming away with only eight points on three-of-10 shooting from the field.

The problem with such a strategy, of course, is that the Wizards already have one of the least efficient offensive forces in the league. They finished Monday’s game shooting 36.4% from the field and 31.4% from three, before the second-half fade. In their home loss to the Raptors a week earlier, Washington ranked in the bottom half of the league in those categories, too. They also rank dead last with an offensive rating of 102.8, while the Raptors are among the league’s best at 122.7.

In other words, the Wizards have some striking weapons, but their scoring scheme hinders them. On Sunday, NBA Network’s Inside Stuff told viewers that Mitch Kupchak, the Lakers general manager, told him that the Wizards’ approach has to change. He will even advise his own team to value offensive depth over efficiency: “The Lakers have a lot of guys. You should look at the Wizards as an example. Everyone in that team is scoring, from Steph Curry to [Lonzo] Ball.”

Brooks is all for such a change. “It does work,” he said of the approach, which he explained had been worked on with the players. But changes will not fix it entirely, even if one imagines a scenario in which the Wizards wouldn’t be losing if Beal were left with enough playmakers to make the system work. This has never been a high-scoring team, without a center, and without a true floor general who can attack in the fourth quarter.

In theory, it could work, but is it inevitable? Not in the NBA, not right now. Brooks is right to try a smaller lineup at home, to send a message. But it won’t solve the problem entirely. If the Wizards want to make the playoff round in the East, they will need Beal to be productive—not only from deep, but from inside as well. And if not, the court will be muddled, if only because eight teams will make it through.