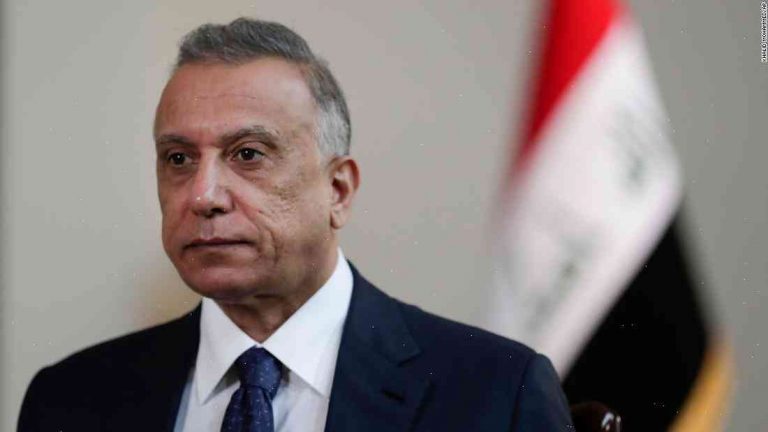 It is the first high-profile assassination attempt since US troops withdrew from the country in 2011.

The US embassy said Mr Abadi’s security detail had neutralised the attack, which targeted the airport. No injuries were reported.

The government blamed the attack on the Islamic State militant group.

“Prime Minister al-Abadi was on his way to the airport when a sniper attached to the outer wall of the airport shot at him, causing no casualties and success of the special forces,” an unnamed spokesman for Mr Abadi’s office said.

Iraq’s interior ministry also identified the attackers as IS, according to the Associated Press news agency.

However, IS claimed responsibility through its news agency Amaq on Saturday, saying it had targeted the Prime Minister with weapons hidden under civilian cars.

Pictures released by the ministry showed authorities surrounding the area, and protesters rallying nearby.

Shia cleric Moqtada al-Sadr accused the government of failing to combat IS as he spoke to the crowd, AP reported.

Sectarian violence is common in Iraq, but Friday’s attack took place in the southern district of Sulaiman Bek – home to a large Shia community.

President Barham Salih condemned the attack on Saturday during a visit to the city.