At first glance, November 7, 2019, the date on which President Donald Trump will visit Japan, looks familiar. On that date, President Barack Obama visited Japan. It is not hard to see why Mr…. 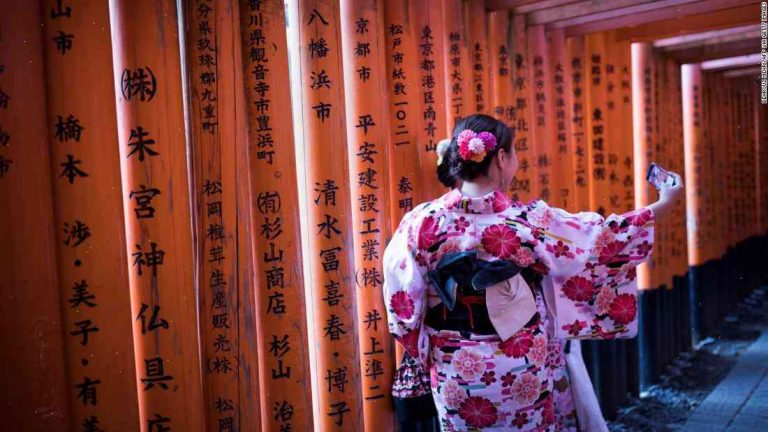 It is not hard to see why Mr. Trump came up with that idea. Just look at what happened when Mr. Obama made that trip.

And remember, Mr. Trump’s trip was scheduled for “Africa,” but because the event’s location is, well, rather so, it could be an easy substitute for Mr. Obama’s visit, which took place because the Japanese kept telling Mr. Obama to come and invite him there.

That’s a minor detail in a context that matters. All that’s important is that Japan is willing to invite Mr. Trump — indeed, “invite” seems too gentle a word — to visit and/or kowtow to the president.

And all that matters because Mr. Trump has hammered the Japanese relentlessly, at one time even refusing to call Prime Minister Shinzo Abe “Prime Minister,” according to the New York Times, meaning that the trip to Japan is intended to celebrate what Mr. Trump believes is a victory over Japan, even if it is not a recognition of his success or a vindication of his views.

Mr. Trump has picked fights with Japan, and Japanese advocates of reciprocity know that fighting with Trump is ultimately damaging their country’s ties with a strategic ally and low-tax partner.

So we will likely be subjected to a great deal of self-congratulation in Japan.

Mr. Trump will likely show Japan his weakness, and in particular his own weakness as the leader of the free world.

No doubt, Mr. Trump will visit the emperor and princess of Japan, and Japanese leaders will likely — though it remains to be seen — try to help Mr. Trump by driving up the number of campaign contributions to his super-PAC from Japanese companies.

So Mr. Trump will visit Japan, and Japanese media will tell us about the smiles and the handshakes and the future plans.

But there will also be some serious business being conducted.

We will learn about Japan’s gaming industry, its status as a world leader in advanced manufacturing, its ambitious plans to set up free-trade zones for companies to relocate to Japan without subjecting them to tariffs, and what it plans to do in the Pacific.

And of course we will learn about Mr. Trump’s relationship with Kim Jong Un of North Korea. The two men are to meet in a month, and Mr. Trump will be in Tokyo for the meetings.

With such important — not to mention sensitive — business being conducted, we will probably see a lot of handshakes, arm-twists and hugs. But I do not think we will see a lot of chit-chat.

And we will know Japan took the challenge to Washington’s part of the Pacific in its stride.

Mr. Trump’s main task over these next few days will be to signal to the Japanese that it has met the challenge the United States presented it by providing a quality capital goods market, allowing U.S. businesses to do business in Japan, welcoming foreign investment, and cutting its taxes.

Mr. Trump will have to woo politicians and businessmen and convince them that “trickle-down” economics is still relevant.

He will also have to convince the Japanese that this is not their president’s usual routine.

All of this can be done in a string of “Hello, Prime Minister” greetings.