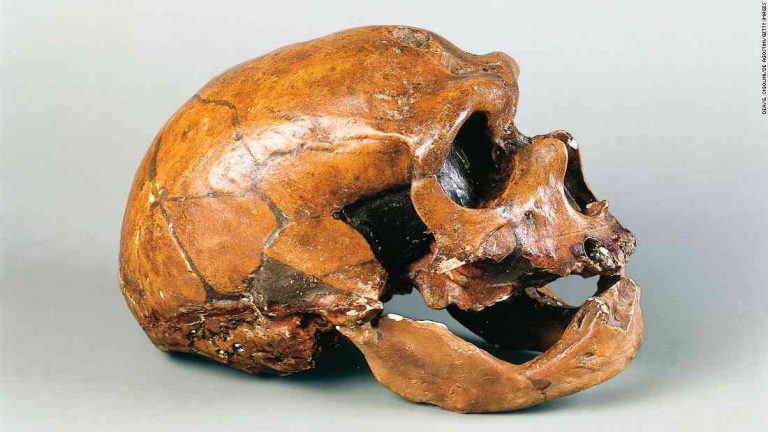 Neanderthals may not have been able to resist a bat disease that may have been one of the first human-Neanderthal incursions, new research suggests.

The study examined the genome of a 10,000-year-old Neandertal skeleton, with 13% of the man’s genetic material comes from humans.

It suggests that illnesses that were previously thought to have crossed over from humans to Neanderthals may also have occurred.

Analysis of genetic material from 23 other people suggests they were also exposed to bat DNA.

The research, published in the journal Nature Communications, suggests bats play a key role in the “hunting, nesting and interbreeding” that pushed Neanderthals out of Europe and western Asia.

However, the Scottish Centre for Advanced Bioinformatics has come up with evidence that a virus that causes a disease called Lassa fever was probably among the first types of incursion between humans and Neanderthals.

Professor Ian Tattersall, head of the centre and one of the scientists behind the DNA analysis, said: “We’ve found for the first time that genetic material taken from cats and bats in Africa have been passed from humans to Neanderthals, and that it occurred as a progressive disease.

“Some of the victims in the 12-18th Century may have died of mange or possibly leprosy – which is among the risk factors for developing Lassa fever.”

The illness, which affects only animals, is thought to be one of the earliest incursions between humans and Neanderthals.

In the 20th Century, the disease led to the extinction of lions in the African savannah.

“The effect of these diseases have been underestimated to date,” said Dr Sonia Dixon, another of the study’s authors.

“They will probably have had broader consequences for humans, such as affecting horse domestication and possibly making agriculture less sustainable in Europe.

“We hope to be able to address this wider implication in the future through complementary studies of the human and bat genomes.”

Texas Rep. Beto O’Rourke is not running for reelection