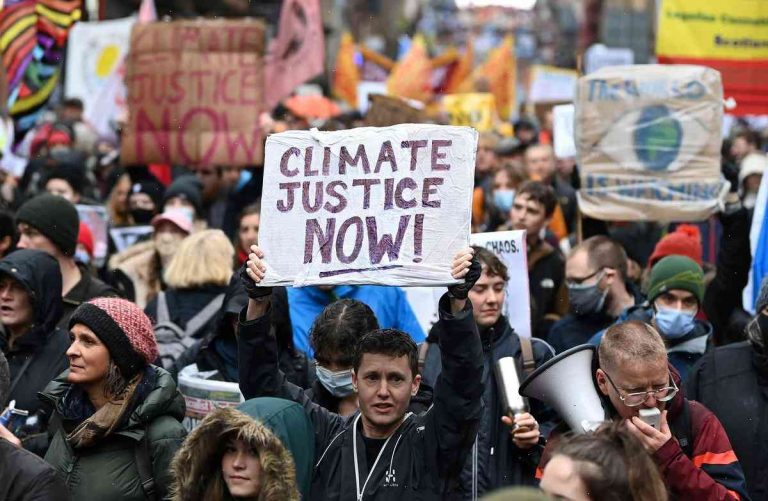 A recurring theme on BBC Scotland’s nightly political news bulletins was the fact that the 28-nation European Union had negotiated a deal with the UK that some British people said should never have been reached. “Why did they do it?” Channel 4’s Jeremy Vine asked listeners on this weekend’s Desert Island Discs, while others were wondering who was responsible for the pound sterling’s continued descent to new lows.

“This is a very bad deal,” Andrew MacKay, chair of pressure group UK Uncut, said on Sunday’s BBC Scotland Newsnight. “We are effectively being punished for leaving the EU. I’ve got a fresh analysis which shows that if we do get this deal, this would cost us 3 percent of our GDP in the next year and a half.” The British public would be “bitterly disappointed” by any Brexit deal, he added.

Some support for second referendum is also appearing to gather momentum, while mounting uncertainty over exactly how Britain would leave the European Union is impacting the future of the Conservative Party as well. This past weekend’s politician debate proved predictably divisive, as the UK’s major political parties are now united in expressing concern over what an EU deal means for the future. Speaking in Scotland, Nigel Farage from the Conservative Party warned that a Conservative Party “reluctant to make the next move” on Brexit was worrying his party “very significantly” (although Jeremy Corbyn has in the past voted against an EU withdrawal plan and made comments indicating he would vote for another referendum on exiting the EU).

On Sunday, Scottish First Minister Nicola Sturgeon said that she had been convinced by SNP Parliament member Patrick Harvie that “there has got to be a democratic choice” on Brexit. Meanwhile, Lord Alex Salmond, who has been linked with a possible return to the Scottish Parliament’s floor to make a stand against Brexit, told The Economist magazine that the tone of the Brexit debate had become “unlawful, authoritarian, divisive and disrespectful of the intelligence of the British people.”

In Scotland, many remain undecided whether they want to vote against Brexit next year or in a second referendum. Speaking on BBC Sunday Politics, Scottish Labour’s Deputy Leader Kezia Dugdale said that if May’s withdrawal agreement isn’t replaced by a better deal and a public vote on Brexit is held in Scotland, she would back the people there. On Sunday, SNP Deputy Leader Angus Robertson said that Scotland had long been “behind the times” and that the Brexit deal on the table wasn’t in the interests of Scotland.

Despite a relatively mild firestorm in Scotland following the vote in Brussels last week to strike a Brexit deal, there is increasing concern in Westminster over how negotiations over the UK’s withdrawal from the EU are playing out. And once May concludes her phase of Brexit negotiations on Tuesday with the other EU leaders, London will enter a new period of uncertainty over the direction the negotiations will take.

Meanwhile, the taster episode of the new series of the BBC political thriller, Little Drummer Girl, aired last week. The show has been winning critical acclaim and its English-language finale proved to be hugely popular among viewers, but those watching were unable to tune in to find out whether it would be preceded by a dramatic visit from Iranian president Hassan Rouhani. It wasn’t, and in the wake of the Brexit deal collapse, many in the public have taken to social media to point out that perhaps, if the British government didn’t negotiate on Brexit, then they should at least have learned a lesson.

Read the full version of this story at BBC News.

Parliament ‘will not allow’ another Brexit referendum