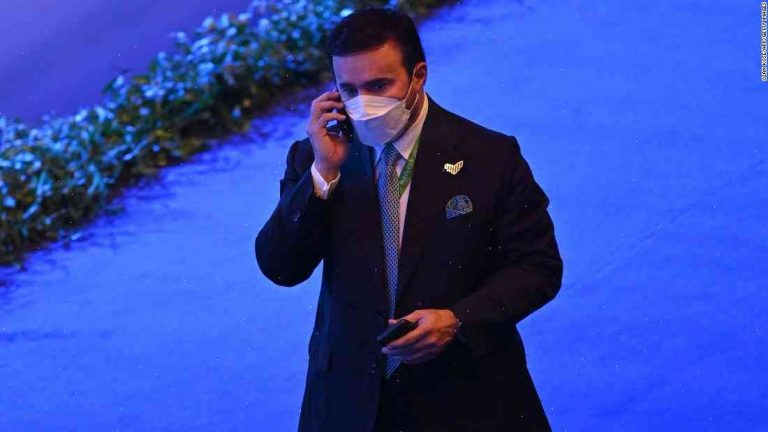 Interpol says it is not the first body to discover that the vice-president is an Emirati general wanted for complicity in torture.

This week Interpol announced that Kuwait’s Emir Othman al-Ahmad Al-Jaber Al-Sabah and UAE general Iqbal Mongawi had been elected to run the body.

But Interpol’s website shows they were both candidates for the role in 2016 – as members approved two and three-person countries being in the election on the same ballot.

The UAE and Pakistan have been contacted for comment on their inclusion.

Interpol stands for International Police Association and is required to be elected by its 192 member countries.

For years, the force has been a powerful political tool for countries looking to do diplomatic deals with other states.

Among other things, the organisation helps in the arrest of fugitives wanted by other countries, helping member countries arrest people outside their borders without paying for the services of a local police force.

In 2016, Interpol was the instrument that helped 77 members arrest 12 different individuals, mainly in the Philippines and Pakistan.

Bahrain urged Qatar to support the UAE at the time.

While on Interpol’s website, the Emirati General lists himself in his legal qualifications as an army sergeant of 22 years.

On the country’s official website, he also lists himself as a UAE army colonel and Colonel of Police and Air Force – as the Director of the Judicial Police and the Supreme Prosecutor and also as a member of a local authority.

Reuters made two attempts to contact him by phone in the United Arab Emirates, but all calls were not answered.

But in a statement Interpol said that it was the first it had become aware of General Mongawi’s track record.

“This is not the first time he has appeared on Interpol’s Executive Committee, however he has not been a member for the relevant period of time and was therefore ineligible for election.”

Mongawi was elected in August 2018, with all the 197 members voting in the election.

But it seems he was not vetted by Interpol’s general secretary in advance, and this week it emerged that Nepal had requested a review and that Mongolia’s governor, Alo Baccushagie, said “we regret that Interpol General Secretariat failed to appropriately inspect the eligibility of the elected individual”.

It also emerged that, as Vice-President of Interpol, he is also ineligible to run for the office.

Interpol’s general secretary, Mireille Mahe, has launched an investigation into the matter.

A coalition of human rights and other organisations is calling for Interpol to have a zero tolerance policy towards human rights violations by countries.