Naomi Osaka: US Open champion says she can ‘sleep well’ after Cincinnati exit 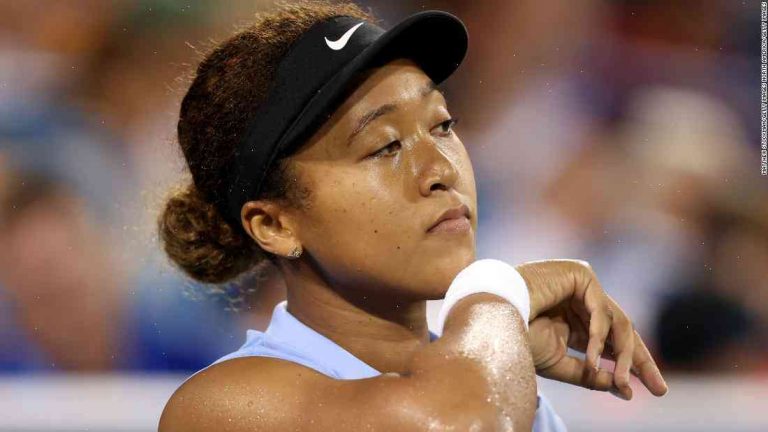 Ninth seed Naomi Osaka, who beat Serena Williams in the US Open final, said she can “sleep well” after her Western & Southern Open exit.

The 20-year-old from Japan saw her run at the Cincinnati event end after three rounds, with a 4-6 6-2 6-4 loss to 28th seed Kristina Mladenovic of France.

“I can say I made it to the top three tournaments in the world,” said Osaka.

“Every tournament is important but these are the biggest tournaments.”

Born in Tokyo to a US mother and Japanese father, Osaka won her first WTA title at New Haven on Sunday, beating Williams – who was given a code violation for coaching by umpire Carlos Ramos – 6-3 6-4.

But Osaka lost to Czech Karolina Pliskova at Stanford in May and later fell to Williams’s sister Venus in her first tournament since beating Williams for the title in New York.

Since that win, Osaka has lost two more times, in Stanford and Paris, and lost the final of the WTA’s fourth-tier event in Vienna in July.

“If I keep losing my first three matches, I’ll be missing a lot of tournaments for some reason, and I want to keep it going,” said Osaka.

“It’s always tough to play at such a high level. I love playing, I love competing, I love showing my talent.

“This year it’s hard to step back because I want to keep playing at a high level.”

Elsewhere, 16th seed Jelena Ostapenko fought back from a set down to defeat Latvia’s Anastasija Sevastova 2-6 6-2 6-1.

The Latvian was earlier helped by a back problem that affected her serve during the match.

The traditional Thanksgiving dishes that are missing